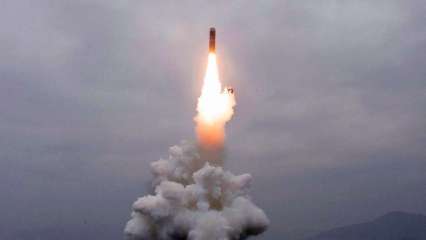 “The development of the long-range cruise missile, a strategic weapon of great significance … has been pushed forward according to the scientific and reliable weapon system development process for the past two years,” Yonhap quoted the Korean Central News Agency (KCNA) as saying on Monday.

The tests of the new missile were carried out on Saturday and Sunday, according to KCNA. The launched long-range cruise missiles flew 1,500 kilometres (932 miles) before hitting the targets, Sputnik reported.

KCNA said that the test-firing was successful and was the result of two years of preparatory work and research.

The weekend tests of the long-range cruise missiles were observed by senior North Korean officials, according to KCNA.