Journalist Maria Ressa of the Philippines and Dmitry Muratov… 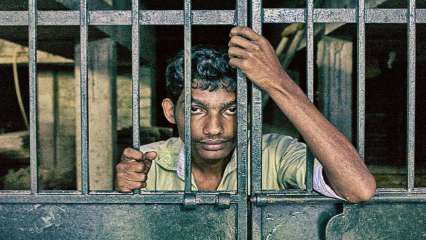 The Odisha police has caught a 17-year-old teen on charges of selling his wife to a 55-year-old man in Rajasthan a month after their marriage. The boy went to Rajasthan with his wife to work in a brick kiln. Police have rescued the 26-year old wife from the Rajasthan district of Baran which borders Madhya Pradesh

“In August, the couple went to Rajasthan via Raipur and Jhansi to work in a brick kiln. However a few days after his new job, the 17-year-old sold off his wife to a 55-year-old man from Baran district for Rs 1.8 lakh,” police said. The two were married in July this year.

According to the police, it took a lot of effort for the team to rescue the girl as local villagers refused to let the police team take her away saying they had paid for her. The police said the boy lavishly spend the money on dining and bought himself a smartphone. He later returned to his village and when his wife’s family asked him about her, he claimed that she deserted him, police said.

The girl’s family was suspicious and lodged a complaint with the police. After interrogation, it was found that he had sold off his wife. A team was then sent from Balangir to Rajasthan to trace the woman. The 17-year-old was produced before a juvenile court on Friday and sent to a correctional home.

Drugs worth Rs 6 crore seized in Mizoram, one held