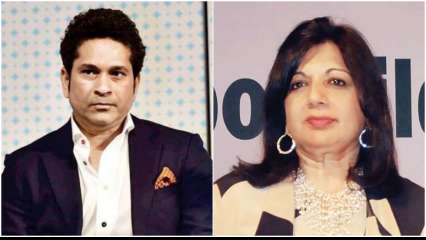 Legendary cricketer Sachin Tendulkar, Reliance ADAG chief Anil Ambani and Biocon MD Kiran Mazumdar Shaw were listed among the rich individuals whose names were linked with the Pandora Papers, a probe that was launched to uncover financial secrets held by rich and powerful individuals across the world.

The ‘Pandora Papers’ was unveiled on Sunday (October 3) by the International Consortium of Investigative Journalists (ICIJ) and it claimed to have revealed the financial secrets of 35 current and former world leaders, over 330 politicians and public officials, some fugitives, con artists and murderers.

“People linked by the secret documents to offshore assets include India’s cricket superstar Sachin Tendulkar, pop music diva Shakira, supermodel Claudia Schiffer and an Italian mobster known as Lell the Fat One. Tendulkar’s attorney said the cricket player’s investment is legitimate and has been declared to tax authorities,” the ICIJ which involved the BBC, The Guardia and The Indian Express’ in India among 150 media outlets said in its report.

The investigation of records of Alcogal, Panama law firm which is part of Pandora Papers,  Sachin, his wife Anjali Tendulkar and father-in-law Anand Mehta, were named as Beneficial Owners (BOs) and Directors of a British Virgin Islands (BVI)-based company: Saas International Limited. Indian Express said in its report that the company was liquidated in July 2016.

The ‘Pandora Papers’ also provided details of the financial activities of Putin’s “unofficial minister of propaganda” and more than 130 billionaires from Russia, the United States, Turkey and other nations.

The probe was launched by the ICIJ around two years ago and it involved more than 600 journalists in 117 countries. It may be recalled that the Panama Papers, which created shockwaves across the world, involved around 400 journalists from 80 countries.

Meanwhile, Oxfam International applauded the Pandora Papers for ‘exposing brazen examples of greed that deprived countries of tax revenue that could be used to finance programs and projects for the greater good’.

“This is where our missing hospitals are. This is where the pay-packets sit of all the extra teachers and firefighters and public servants we need. Whenever a politician or business leader claims there is ‘no money’ to pay for climate damage and innovation, for more and better jobs, for a fair post-COVID recovery, for more overseas aid, they know where to look,” Oxfam said in a statement.