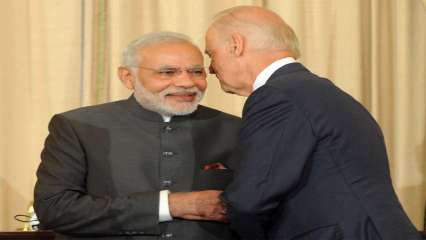 Prime Minister Narendra Modi is likely to visit the United States during the last week of September, a leading media portal reported quoting top government sources. This will be PM Modi’s first US visit since President Joe Biden assumed office early this year and his first in-person meeting with the President.

The media reports also claimed that PM Modi will travel to Washington DC and New York during his visit scheduled from September 22 to September 27. PM Modi’s US visit is significant in many ways as it is taking place in the backdrop of a power shift in Afghanistan, where the Taliban is all set to form a government after two decades.

Prime Minister Narendra Modi is expected to meet with top US officials of the Biden administration besides meeting the President.

The two sides are also expected to talk about the China challenge both countries are facing and will try to work on the ambitious agenda on the Indo-Pacific. The Quad leaders’ summit is also being planned in Washington, around the same time as PM Modi’s visit.

Modi and Biden have met virtually on at least three occasions – the Quad summit in March, the climate change summit in April, and the G-7 summit in June this year. Modi last visited the United States in September 2019, when then US President Donald Trump had addressed the Howdy Modi event.

Meanwhile, Foreign Secretary Harsh Vardhan Shringla visited Washington on Wednesday and met Secretary of State Antony Blinken on Thursday. He also met his American counterpart Deputy Secretary Wendy Sherman. This was the first high-level discussion between the officials of the two countries after the withdrawal of American troops from Afghanistan on August 31.

In a bid to give shape to the PM’s agenda, Shringla held substantive discussions with the top officials on the strategic bilateral ties and regional and global issues like the current situation in Afghanistan.