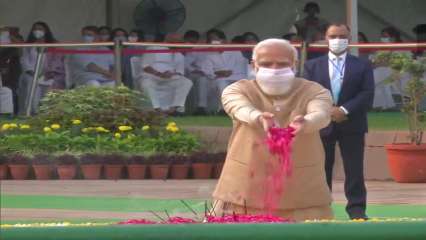 Born on October 2, 1904, Lal Bahadur Shastri became the second Prime Minister of India from 1964 till 1966. He earlier was also in key positions in the first Indian PM Jawaharlal Nehru’s cabinet.

Shastri, who was seen as a secularist, was a key figure during India’s independent movement along with Mahatma Gandhi. Shastri is also famously known for his slogan ‘Jai Jawan Jai Kisan.’ He had led India in the war against Pakistan in 1965.

One of his quotes is, “India will have to hang down her head in shame if even one person is left who is said in any way to be untouchable.”