The Untold Story of Bengal Partition8 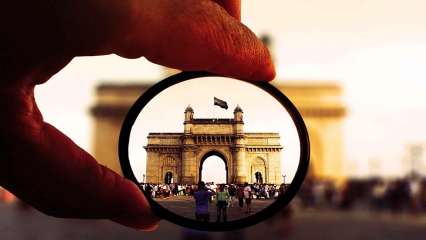 As the COVID-19 situation in India stables with less than 20,000 cases being reported daily and public places opening after a long gap, people are travelling for vacations to enjoy this newfound freedom ahead of the festival season. However, experts are skeptical about this trend and are advising against ‘revenge travel‘.

Experts fear that any type of social or religious gathering may lead to a third wave of the COVID-19 pandemic.

A study by researchers from the Indian Council of Medical Research (ICMR) and Imperial College London says ‘revenge travel’ could worsen the third wave of the pandemic in India, and cause a higher peak between the months of February and March next year.

The study titled ‘Responsible travel to and within India during the COVID-19 pandemic’ was published last month in the peer-reviewed Journal of Travel Medicine. ICMR Director General Balram Bhargava is among the researchers who carried out the study.

It also included Samiran Panda and Sandip Mandal from ICMR and Nimalan Arinaminpathy from Imperial College London. Researchers said that data from Himachal Pradesh suggests that in a typical holiday season, tourism can increase the population by 40%.

“Taking this into consideration, the third-wave peak can increase by up to 47% during the holiday season and can occur two weeks earlier compared to a scenario of easing restrictions in the absence of holiday travel,” researchers said. The researchers say the relaxation of state-level travel restrictions could give rise to a third wave on its own.

The researchers said that observations indicate increasing opportunities for transmission in areas where population-level immunity has not yet accumulated to the same levels as elsewhere in the country. Researchers suggested mask use and observing social distancing measures by travellers can have important effects in mitigating the risk of COVID-19 transmission.

The researchers observed that in the absence of any national guideline on restrictions about domestic travel, it may be helpful for holiday-destination states to get guidance on how they can best mitigate travel-related risks. Though researchers talk of ‘responsible travel’, it is advised to stay indoors for some more time to avoid the third wave.