Ministry of Defence is organising the event as part of Azadi… 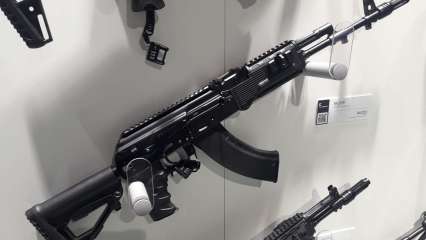 New Delhi: Russia’s Rosoboronexport, the state agency for exports/imports of defence products, is ready to train Indian specialists for the AK-203 Kalashnikov project in Amethi, in the Indian state of Uttar Pradesh. It may be recalled that India and Russia in 2019 signed an intergovernmental agreement for setting up Indo-Russian Rifles Private Limited– a joint venture to manufacture the AK-203 assault rifles. The project will see the production of Russia’s iconic assault rifles being produced in India with 100% localization.

A contract has been agreed on the India-Russia joint venture and is currently awaiting signature from the Indian defence ministry. Rosoboronexport spokesperson said, “We’re ready to start work on the supply of equipment, training of Indian specialists and commissioning at the factory in Amethi immediately after the conclusion of the contract.”

The project was announced by PM Modi and the Russian President in 2019 and aims to produce lakhs and lakhs of these rifles that will ultimately become part of the Indian security forces essentials. The joint program also could see the possibility of rifles being exported to other countries.

AK-203 is the advanced version of the Kalashnikov assault rifle family, the first of which was the legendary AK-47. AK-203 can be equipped with accessories like sights, flashlights and has been successfully tested under extreme heat and cold conditions.

The spokesperson explained, “the historical uniqueness of the AK-203 production project in India is that our Indian partners will manufacture the AK-203 absolutely independently, using Indian materials and Indian equipment”. It is learnt that India will receive 100% of technology for the production of the rifles, with the project literally being a Make in India project. The cost of the assault rifle will depend on production in India.