Securitywise : What the Indian military should be doing in…

24 animals die in Kaziranga National Park due to flood 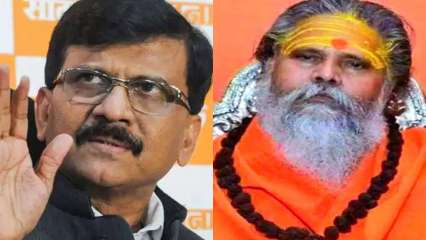 Raising questions on the mysterious death of Akhil Bharatiya Akhada Parishad (ABAP) President Mahant Narendra Giri, Shiv Sena leader Sanjay Raut, on Tuesday, said that the Uttar Pradesh government will have to give answers for the incident.

Speaking to ANI, Raut said that the ABAP president’s demise seems to hold some secrets and him committing suicide seems absurd as the person who guides everyone cannot do such a thing.

“This incident is very painful for Hindu society. Mahant Narendra Giri had good relations with Shiv Sena. He had been ahead in every movement of Hinduism. The investigation should be done properly to quash any attempts of hiding things in this matter,” he added.

Citing the killing of two sadhus in Palghar, the Shiv Sena leader said that it was a very painful incident and questions were raised from Delhi to Uttar Pradesh.

“Today Uttar Pradesh government will have to answer the questions that are being raised from Delhi to Maharashtra regarding Maharaj’s death,” he stated.

Mahant Narendra Giri was found dead under mysterious circumstances at his Baghambari Math residence located in Prayagraj on Monday. A suicide note was recovered, in which the names of his disciples, Anand Giri, and two others were mentioned, following which an FIR was registered against Anand Giri under Section 306 of IPC (abetment of suicide) based on a complaint filed by another disciple Amar Giri Pawan Maharaj.

Earlier in the day, the police took Anand, who termed the allegation as conspiracy, into custody. “It is a big conspiracy by people who used to extort money from Guruji and wrote my name in the letter. It needs to be investigated as Guruji has not written a letter in his life and could not do suicide. His handwriting needs to be probed,” he stated.

The Uttar Pradesh Chief Minister Yogi Adityanath also paid his last respects at the ABAP president’s residence and ensured that a proper investigation will be conducted and the culprits will not be spared.