BJP-RSS and PM Modi On The Defensive

Sitharaman on including petrol, diesel under GST 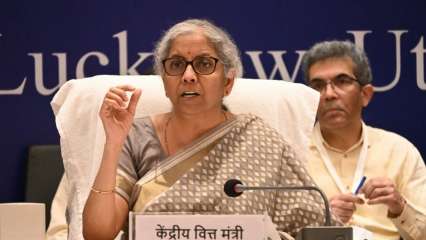 Several key decisions were taken during the GST Council meeting held in Delhi on Friday. However, there was no consensus in the meeting on the issue of bringing petrol and diesel under GST.

“Not the right time to include petrol, diesel under GST”, Union Finance Minister Nirmala Sitharaman said during a press conference after the 45th GST Council meeting. She said that the Council members did not find the current stage as an appropriate time to bring petroleum products under the GST ambit.

It was widely speculated that such a move might be initiated to lower the record high prices of petrol and diesel.

The minister also announced that many expensive life-saving medicines will not attract any Goods and Service Tax (GST).  Sitharaman said that the council has granted tax exemption on drugs to treat muscular atrophy imported for personal use only, and reduced the duty on drugs for cancer treatment from 12 per cent to 5 per cent.

“GST rate on seven other medicines, which are recommended by Dept of Pharmaceuticals, have also been recommended for reduction from 12% to 5%. That is also extended till 31st Dec 2021,” Union Finance Minister Nirmala Sitharaman said during a press conference after the 45th GST Council meeting.

“Similarly, cancer-related drugs – Keytruda – along with similar other medicines used in the treatment of cancer as per Health Ministry or Dept of Pharmaceuticals are being recommended that they should come down from 12% to 5%,” she added. She also said that the government has decided to make life-saving expensive medicines like Zolgensma and Viltepso GST free.

Besides, the applicability of concessional GST rates on Covid-19-related medicines has been extended till December 31, 2021. The GST on Remdesivir drug related to the treatment of coronavirus has been reduced to 5 per cent. It will continue to get this exemption till December 31 this year.

She said that the GST Council has given exemption from the national permit fee being charged by the states for the operation of freight vehicles. The GST on biodiesel mixed with diesel has been reduced from 12 to 5 per cent. The GST on the kits used by the differently-abled has been reduced to 5 per cent. The 12 per cent GST rate has been fixed on the devices used in renewable energy.

Zomato, Swiggy now under GST; will you have to pay extra for food?

What will get expensive or cheaper? Check full list