Rise in Covid-19 cases in Bangladesh since April 1 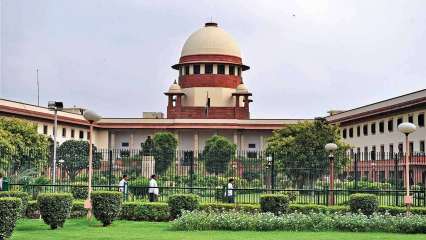 The Supreme Court has expressed displeasure over the closure of roads by farmers protesting at the borders of Delhi. During the hearing of a petition filed to remove the farmers from the Delhi border, the court said that there can be debates about the agriculture law, but the question is, can roads be closed?

The apex court has given time till December 7 to the farmers’ organizations to file a response regarding their removal from the road.

During the hearing, Justice SK Kaul said that the roads should be clean, we cannot keep framing the law again and again, you have the right to agitate but cannot block the road. Now some solution has to be found. He said that even when the matter is sub-judice, they have the right to protest but the roads cannot be blocked. Roads are for people to come and go. We have a problem with the issue of road jams.

Solicitor General Tushar Mehta, appearing for the Central Government, said that the issue of January 26 was serious.

The next hearing on the petition filed to remove the farmers from the Delhi border will be held on December 7.

‘Would you commit murder if superior officer instructs you?’ Madras HC to accused cop