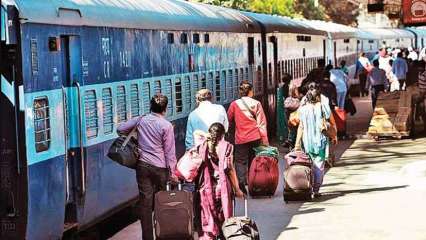 It’s quite normal for Indians to expect a delay in trains, which sometimes can be 15-20 mins and sometimes can be of hours. But in this case, the delay in the train had caused a passenger to miss his flight after which the Supreme Court asked the Indian Railways to pay him a compensation of Rs 30,000 with 9 percent interest.

If Railways cannot explain why a train was running late, then, it will have to take accountability, the apex court said, adding that it will be liable to compensate the passenger if the traveler files a deficiency of service complaint before a consumer forum, the Times of India quoted.

In this case, the passenger, Sanjay Shukla was scheduled to take a 12 pm flight from Jammu to Srinagar with his family and he was supposed to reach Jammu by train at 8.10 am on June 11, 2016. However, the train arrived at 12 pm, nearly four hours late and at the time of Shukla’s flight. This resulted in Shukla and his family missing his flight, shelling out Rs 15,000 and spend Rs 10,000 more to stay in Srinagar for the day.

A bench of Justices MR Shah and Aniruddha Bose said the time of passengers is precious and there should be accountability for train delays. In its judgment, the court said, “These are the days of competition and accountability. If public transportation has to survive and compete with private players, they have to improve the system and their working culture. Citizen/passenger cannot be at the mercy of the authorities/administration. Somebody has to accept the responsibility.”

Boat with over 100 passengers capsizes in river Brahmaputra near Nimatighat