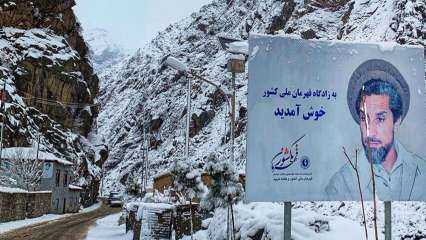 The Taliban and resistance forces in Panjshir valley continue to fight as the announcement of the new government did not come on Saturday and was delayed again. In Panjshir valley, both sides claim to have the upper hand over the last Afghan province holding out against the Islamist group.

Meanwhile, the National Resistance Front of Afghanistan, led by Ahmad Massoud, said that it has surrounded thousands of terrorists in Khawak pass, adding that the Taliban had abandoned vehicles and equipment in the Dashte Rewak area.

Massoud in post on Facebook said that the Panjshir valley ‘continues to stand strongly’ as he praised their ‘honourable sisters’. He added that women in the western city of Herat demonstrating for their rights showed Afghans had not given up on the demands for justice and also that they fear no threats.

A Taliban source had earlier said that their advance in the valley was slowed down by landmines placed on the road to the capital of the province, Bazarak.

The Taliban took control of Afghanistan after it entered the capital city of Kabul and the presidential palace after making rapid advances in other parts of the country. However, the Panjshir valley is the only province holding out against the Taliban. It should be noted that the Taliban were never able to take control of the Panjshir valley when they were in power in Afghanistan from 1996 to 2001.

According to a Taliban source, the new government of Afghanistan will be announced next week, as the group’s co-founder Mullah Abdul Ghani Baradar is in line to lead the nation.

What is Nipah Virus? Prevention, Symptoms, Treatment and everything else you need to know