COVID-19 might become endemic, third wave not to be…

Taliban warns US against flying drones in Afghan airspace 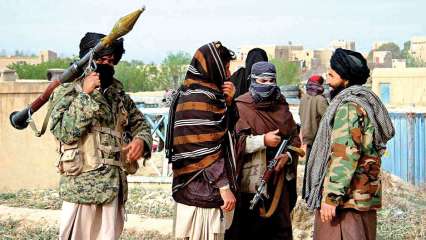 A few weeks after the withdrawal of the US military from Afghanistan, the Taliban on Tuesday said that US drones are operating in Afghan airspace and asked it to follow obligations to prevent negative consequences, Sputnik reported.

Calling the US to move a breach of national security, the Taliban’s spokesperson Zabihullah Mujahid asked all countries and Washington to act in accordance with mutual obligations.

He also emphasized that acting on obligations would prevent negative consequences.

“We call on all countries, especially the United States, to act in accordance with mutual obligations … to prevent any negative consequences,” he said in a tweet, according to Sputnik.

The Taliban took control of Afghanistan last month and announced its interim government earlier in September. The US troops left Afghanistan on August 31 under the previously agreed Doha deal with the Taliban last year.

The Taliban has legitimized itself a few weeks back by announcing the cabinet of ministers who will be forming a government in Afghanistan. The militant group received a lot of backlashes after the cabinet was announced as it only consisted of Taliban members and absolutely no women.

During his visit to the United States, Prime Minister Narendra Modi, in a joint statement with the US, said that the Taliban must adhere to its commitments and respect the human rights of all Afghans, including women, children, and minority groups, and make sure that Afghanistan is not used for terrorism.