Central Force Fired At A Queue, Not A Mob

Fugitive Myanmar Monk Gives Himself Up

The Maharaja who abdicated before his time 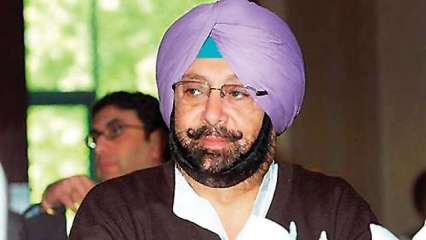 Captain Amarinder Singh’s resignation was no surprise for the Congress party or the common man. It was long due after Navjot Singh Sidhu was appointed as the chief of  PCC even though the decision was opposed by former CM Singh himself.

Born in 1942, Amarinder Singh was a soldier, a military historian, a chef, an avid gardener, and a literary intellect stand out who could have the led Congress party with great vision and wisdom but it sadly, he could not survive the ongoing political battle in his own party.

The 79-year-old politician is one of those rare people who have had the chance to participate in war. Amarinder Singh, an alumnus of National Defence Academy (NDA) and the Indian Military Academy (IMA), was a part of the Sikh regiment in 1963. He served the army only for three years but was a notable part of it as an ADC to Lt Gen Harbaksh Singh during the 1965 Indo-Pak war.

Fifteen years later, Singh decided to join the Congress party and entered the Lok Sabha after winning the seat from Patiala. Many might think that this was his first interaction with politics but not quite so.

While Amarinder Singh was studying with Rajiv Gandhi at the Doon school, he was often invited to holiday with him at the residence of India’s first Prime Minister Pandit Jawaharlal Nehru in Delhi. In fact, it was Rajiv Gandhi who forced Amarinder Singh to join the Congress party and contest the Lok Sabha polls from Patiala. However, he lost his seat in 1977 immediately after the emergency.

Later, Amarinder Singh quit Congress and joined the Akali Dal in 1984, after Operation Bluestar took place. After this, he was elected as the first state legislature from Talwandi Sabo, which is also home to one of the five holy seats (takhts) of the Sikhs and became a Minister for Agriculture, Forest, Development and Panchayats in the state government.

Even though he spent eight years in Akali Dal, it was no match for his nature and vision. In 1992, he went on to form a party of his own, the Shiromani Akali Dal. But that also did not work as he suffered a loss in the 1998 Assembly election and ultimately decided to merge it with Congress.

During his first stint as the Chief Minister of Punjab in 2015, Congress President Sonia Gandhi was not too pleased with him because he did not bother taking her suggestions or advice on matters of the state. But it was this very self-autonomy that brought him success as well.

Even though Amarinder Singh saved Punjab from the menace of rampant drug abuse, growing unemployment, etc in 2017 when the Congress came to power, he failed to understand the mood of the people. Slowly, with time his perception as a politician became soft and those he considered close turned on him.

The main problem began when Navjot Singh Sidhu was inducted into Congress from BJP despite Singh’s approval. The face-off between Amarinder Singh and Navjot Singh Sidhu has been going on for months. Even though Singh has been a part of Congress for the longest time, it is Sidhu who has the upper hand in the party.

After spending 52 years in politics, one would assume that Singh’s party-hopping days were over but here we are. After the resignation, it is still unclear if Amarinder Singh will remain in Congress or will join other parties like the BJP, old rival Shiromani Akali Dal (SAD) or the Aam Admi Party (AAP).