One of India’s top-3 bowling performances I have seen…

The rise and fall of Satyam boss Ramalinga Raju 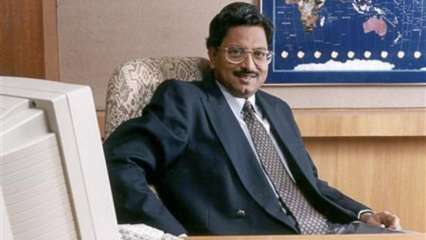 We often hear inspiring stories of people in India going from rags to riches and building a grand fortune for themselves. However, some people have not only seen the highs that come with the success but have also experienced grave losses after.

Today we will tell you about a few Indian billionaires who went from riches to rags and managed to squander away their fortunes.

Ramesh Chandra, an IIT alumnus, had set up a real estate company in 1971 by the name of Unitech. Thanks to the booming market, Unitech soon climbed to the top and became the second-largest real estate company worth $32 billion. However, due to the recession in 2008, the company started to crumble.

Amid the chaos, Chandra entered the Telecom sector, which, though was initially well-received but soon faded due to its involvement in the 2G scam. Its involvement was so grave that Chandra’s sons Sanjay and Ajay Chandra ended up being arrested.

The Ranbaxy Singh Brothers – Malvinder and Shivinder – had acquired a 33.5% stake in Ranbaxy, a pharma company founded by their grandfather. The brother then, in 2008, sold their inheritance for $2 billion after which a couple of bad investments consumed their wealth. One of their most infamous investments included Rs 3000 crore loan to spiritual guru Gurinder Singh Dhillon. The brothers, as of now, owe a combined 500 million. They are also currently being sued for siphoning off billions from Religare and healthcare company Fortis.

A former billionaire, Vijay Mallya also inherited his father’s liquor business at the age of 28 and went on to convert it into a multibillion-dollar business. Trouble started brewing when Mallya decided to enter the airline sector with Kingfisher Airlines which became difficult during the 2008 recession. Soo after, Mallya’s Rs 9,000 crore scam news broke out after which he fled India and is currently seeking refuge in the UK.

Ramalinga Raju, the founder of Satyam Computers Services Ltd in 1987, built the fourth largest IT software exporter in the country. The firm was worth $2 billion in 2008. To show good profits, Rajun began to manipulate the funds within the company to invest in the real estate market. However, things went south after the 2008 recession hit, forcing him to come clean. After this, Raju along with his brothers and 7 other people were all sentenced to prison.

Luxury diamond jeweler Nirav Modi, once upon a time, was a name to be reckoned with. However, things went south in 2018 after news of a scam broke out. It was revealed that Nirav Modi scammed PNB of Rs 14,000 crores over the course of 7 years. After the news broke out, Modi fled India and took refuge in London. The process of his extradition is currently underway.