THIS nation says it has reported zero cases of COVID-19, activists disagree 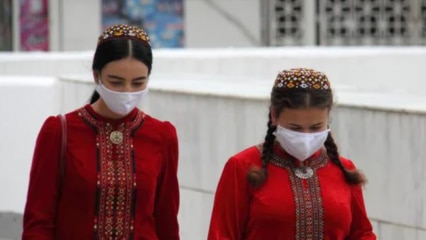 According to the data by the John Hopkins University and the World Health Organization, the former Soviet republic has not reported any case of coronavirus. Turkmenistan, which has a population of nearly six million people, joins the list of other three isolated islands in the Pacific and North Korea, which have not registered a single case of COVID-19.

However, independent organisations, journalists, and activists outside the Soviet Republic have claimed that there is evidence that Turkmenistan is battling a third wave of COVID-19, overwhelming hospitals, killing dozens of people, reported CNN. They said that the President is downplaying the threat of coronavirus to maintain his public image.

This came after Turkmenistan President Gurbanguly Berdymukhamedov, in his address to the United Nations on Tuesday, dismissed the reports of COVID-19 in the nation, saying them “fake” and added that the country’s response to the pandemic should not be “politicised.”

Ruslan Myatiev, an exile from Turkmenistan who currently works as the editor of the Netherlands-based Turkmen News, said that he has personally assembled the names of more than 60 people who have died in the nation from the COVID-19 disease. These include teachers, artists, and doctors.

He has verified all the registered deaths with health records, X-rays, which revealed severe lung damage, and medical treatments that are consistent with COVID victims, Myatiev said, reported CNN. He added, “Instead of accepting it and cooperating with the international community, Turkmenistan decided to stick its head in the sand.”

Last year in June, the US embassy in Turkmenistan’s capital Ashgabat issued a health warning amid “reports of local citizens with symptoms consistent with Covid-19 undergoing Covid-19 testing.” It asked for those people with symptoms to be put under quarantine for up to 14 days. However, the Berdymukhamedov government called the statement “fake news.”

In July, a WHO mission in Turkmenistan did not confirm any cases of COVID-19 inside the nation. However, it said it is concerned about “increased numbers of cases of acute respiratory infection and pneumonia.”

Woman watches YouTube videos to perform self-abortion after being raped