Delhi Manages Changing Dynamics Between Russia, US And China 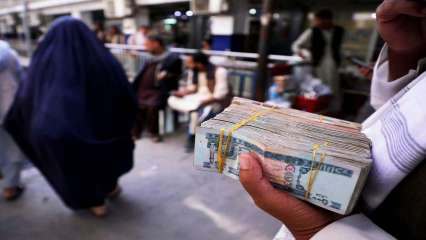 It was a matter of weeks that took the Taliban to seize Kabul and take control over the whole of Afghanistan but now ruling over the country may not prove to be a cakewalk. Decades of war have not just left thousands of people dead but also left the economy in shambles. After the US coalition entered Afghanistan, hundreds of billions of dollars were invested in development spending over the past 20 years.

Afghanistan Central Bank Chief has said that the country is moving toward an economic crisis and that a ‘triple shock’ to Afghanistan’s economy could hit hard local businesses. At an event hosted by the Atlantic Council on Friday, Ajmal Ahmady said that first, there was a regional drought, then the COVID-19 pandemic, and now the Taliban takeover.

“I don’t want to say economic collapse, but I think it’s going to be an extremely challenging or difficult economic situation,” Ahmady said, predicting that GDP would shrink by 10-20%.

After the Taliban takeover, the West and the world media’s focus has been more on the Taliban, who will lead the country, what will be its stand on earlier promises to protect women’s rights or offer shelter to militant groups but no one has talked of the economic condition and how the common Afghans will survive.

Where the economy is heading

Former insiders and outside observers said the local economy was perhaps days away from ruin.

The Afghanistan economy is cash-based, especially for local businesses.

As citizens find it increasingly difficult to access cash and savings, these businesses are expected to suffer.

Weekly withdrawal limits of USD 200 or 20,000 Afghani is imposed to protect the country’s dwindling reserves.

The Central Bank was running low on funds, without support or access to its reserves from outside the country.

The local currency, the Afghani, was at risk of a sharp decline.

Drought and famine are driving thousands from the country to the cities.

World Food Programme fears food could run out by the end of the month, pushing up to 14 million people to the brink of starvation.

Impromptu markets where people sell household goods for cash have sprung up across Kabul with very few buyers.

Jobs are scarce and many government workers have been unpaid since at least July.