What led to fall of Panjshir Valley? 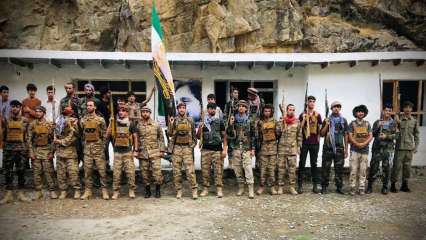 With the fall of Panjshir, the last bastion of the Northern Alliance forces also fell into the hands of the Taliban. The fight this time between the armed opposition and Taliban was different from the 1990s when they were able to stop the militant group from capturing the valley.

This time too the Alliance forces fought bravely but very soon got defeated by the Taliban who claimed victory on Monday. Here we try to analyse the causes of this defeat of the Northern Alliance and why this may be the last armed opposition to the new rulers of Afghanistan for now.

The strategy adopted by the Taliban this time was different from the 1990s. This was one of the reasons that within weeks of the US forces’ pullout, the entire country fell into the hands of the Taliban.

In the 1990s, the Northern Alliance was able to control the supply lines from Tajikistan to the Panjshir valley. This time Taliban changed its strategy and captured the provinces to the north of Panjshir.

This helped the Taliban to surround the valley and effectively cut off supply lines of food, water, arms, ammunition, fighters, fuel, and other necessities to the resistance forces.

On the other hand, Pakistan helped the Taliban with arms, ammunition and reports suggest even fighter jets to outmanoeuvre the opposition.

Iran has criticised the Pakistani military for ‘foreign interference’ in the affairs of Afghans. The presence of the ISI Chief in Kabul is an indication of Pakistan’s role in Afghanistan.

The US and its allies abandoned the Northern Alliance completely. Ahmad Massoud had appealed to the US, Britain, and France to support his uprising by sending in arms.

In his opinion article in The Washington Post last month, the 32-year-old son of Ahmad Shah Massoud had appealed to the international world for support but it remained unheard.

When Ahmad Shah Massoud, the legendary ‘Sher of Panjshir’ was commander of the anti-Taliban forces, the international community had helped the Northern Alliance.

Ahmad Shah Massoud was assassinated by al-Qaeda 20 years ago, just two days before the 9/11 attacks that shook the world and triggered the US-led war on terror.

Another reason for the downfall is that Ahmad Massoud is clearly not yet in the league of his father, among the greatest guerrilla fighters of the last century.

It is said that Massoud has escaped to Tajikistan. The mantle of resistance has passed to a long-time aide of the senior Massoud, Amrullah Saleh, an uncompromising opponent of the Taliban.

The fall of Panjshir marks the success of the Taliban and the Pakistan military and is not just a setback for the Alliance forces but also India as it wants peace and stability in the region.