Pompeo Claims Iran Is ‘Home Base’ For Al Qaeda

Who is Jitin Prasada? The Brahmin face of Yogi government ahead of 2022 Uttar Pradesh Assembly election 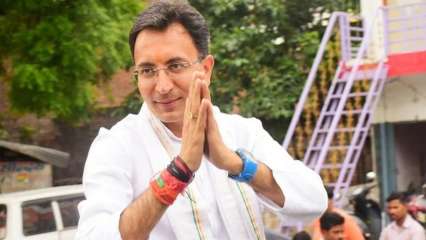 The highlight of Yogi government’s cabinet expansion, ex-Congress leader Jitin Prasada is expected to play a crucial roll in the upcoming UP polls in 2022.

Starting his career in 2001 as a Youth Congress general secretary. He rose quickly and was elected as a Member of the Parliament in 2004 and 2009 from UP’s Shahjahanpur and Dhaurahra constituencies.

He is a former Minister of State for Human Resource Department in the Union Cabinet.

Prasada is an alumnus of The Doon School in Dehradun, around the same time as fellow politicians Jyotiraditya Scindia, Dushyant Singh and Kalikesh Narayan Singh Deo.

Prasada was a part of the G-23 leaders who raised the demand for free and fair organizational election in the Congress in 2020. Before joining the BJP, he was in-charge of West Bengal for Congress.

He comes from a prominent Brahmin family in UP and is the son of Jitendra Prasad, former Congress vice president who was the political advisor to two prime ministers. It is being said that Prasada’s induction as a cabinet minister can prove crucial to the BJP in a state where the Brahmin community amounts for around 13% of the votes.