BIMSTEC On Course Despite Covid 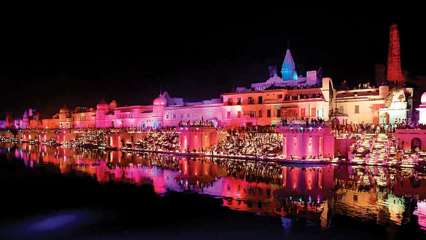 Want to get a chance to win a free air journey to Ayodhya? Now is your chance. The BJP government in Madhya Pradesh has announced a general knowledge competition based on the Hindu epic ‘Ramayana’. The best part is that the winners of the quiz will get a chance to travel by air to Uttar Pradesh’s Ayodhya city – free of cost.

The announcement of the same was recently made by Madhya Pradesh’s Tourism, Culture, and Spirituality Minister Usha Thakur.

An official statement, quoting the minister, was released on Sunday that said a general knowledge competition based on ‘Ramayana’ will be held at national and international levels.

The announcement for the above-mentioned quiz was made by the minister while inaugurating another general knowledge competition at Dr B R Ambedkar University of Social Science in Mhow town of Indore district, based on value creation depicted in ‘Ayodhya Kand’ – one of the chapters from ‘Ramcharitmanas’.

Earlier in September, Madhya Pradesh’s Higher Education Minister Mohan Yadav had also announced that first-year students, under the philosophy disciple in the art stream, will be given ‘Ramcharitmanas’ as an elective subject.

In other news, the MP government’s project ‘Ram Van Gaman Path’ – retracing Lord Ram’s steps during exile – has also been undertaken by the Madhya Pradesh Spirituality Department and MP Road Development Corporation. It is constructed from Chitrakoot to Amarkantak through Satna, Panna, Amanganj, Katni, Jabalpur, Mandla, Dindori, and Shahdol districts.

No pollution certificate at petrol pumps may lead to Rs 10,000 challan in Delhi